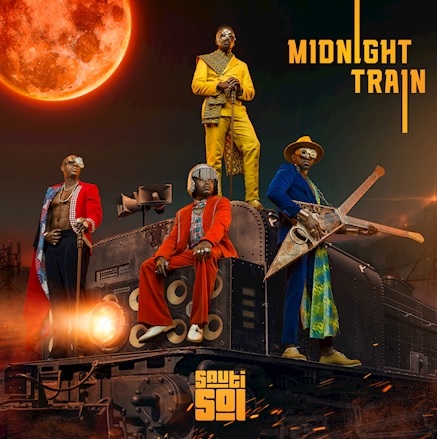 Sauti Sol, the award winning group from Kenya, released on June 5, 2020, their fifth sutdio album entitled "Midnight Train". Midnight is a 13 tracks album of produced under the Universal Music label. Among the 13 tracks are the songs "Disco Matanga", "Suzanna", "Brighter Days" which were released prior to the official release of the album on Friday, June 5. The songs in the album are mainly in Swahili and English.