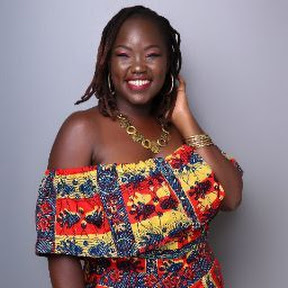 Serro real name Serro Hulda is an artist, songwriter, performer based in Nairobi, Kenya. Serro is out to tell the African story through her Benga and Jazz-fused Afro-Pop sound. Influenced by Yemi Alade, Dela, S

Serro real name Serro Hulda is an artist, songwriter, performer based in Nairobi, Kenya. Serro is out to tell the African story through her Benga and Jazz-fused Afro-Pop sound. Influenced by Yemi Alade, Dela, Sautisol and Winyo, her sound contains hints of Kenyan traditional folk sounds.

Serro has graced numerous stages, while still pursuing her degree in Music at Kenyatta University. Her larger-than-life stage persona and powerful but fluid voice have made her performances memorable. From Sondeka Festival, Utam Festival to Pawa Festival and her own concert (Kasha), she has ended up in the list of “Top 10 Female Artistes to look out for in 2016” by Kenya Buzz.

Serro represented the country in 2015 at an intensive collaborative workshop in South Africa as one of two students chosen by the Music Faculty of Kenyatta University. The ‘musical storyteller’ has most recently been added to the Sauti Academy Hall of Fame as one of the outstanding alumni.

By the time she was graduating in 2017 (with First Class Honors), Serro had shared the stage with award-winning acts such as Sauti Sol, Dela, Wyre and added her mellow vocals to Juma Tutu & the Swahili Jazz Band and Ricky na Marafiki.

The video to her debut single, Rongai, released in 2016 was selected in Mpasho’s “Best Kenyan Music Videos in 2016”. The song was produced by Sauti Sol’s Polycarp Otieno and the video directed by VjOne.

Serro proceeded to release her second single, Okello, whose audio was produced by Joe Mutoria and video shot by Johnson Kyalo, in 2018. She also started working on her debut E.P which will experiment and sample different sounds from the diverse cultures of Kenyan communities the same year.

2019 Serro is shining with her single called - Ya Dunia which was released in May 2019.