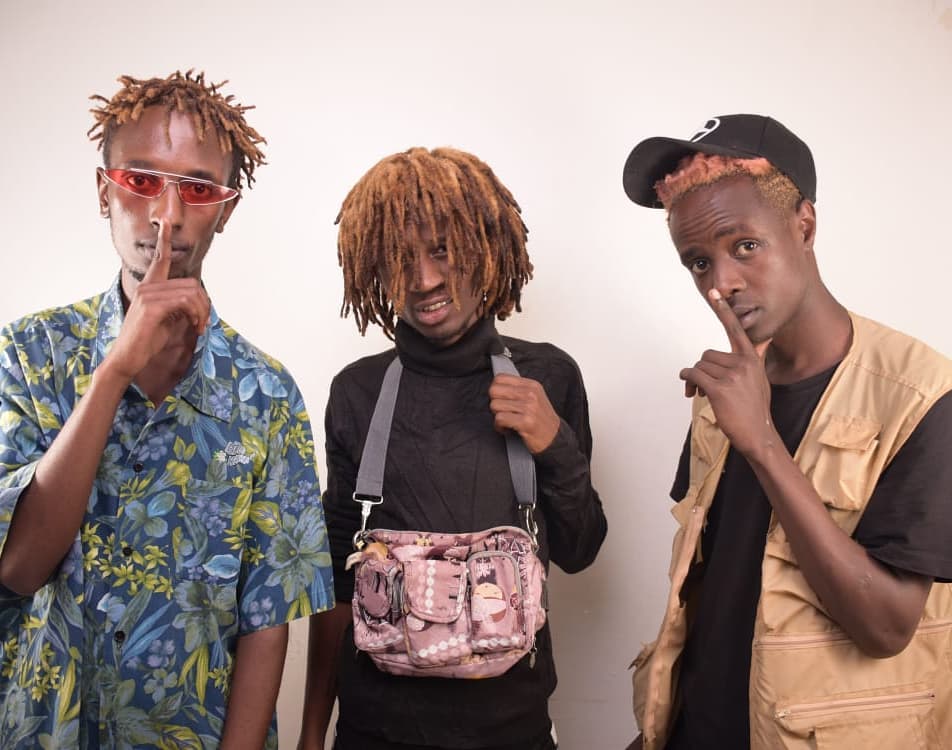 Boondocks Gang: members include ( Exray, Odi wa Murang'a and Maddox )  is the Kenya's new wave formed in 2018, representing the youth just like Ethic Entertainment. Boondocks gang are young upcoming artists who teamed up in 2018 to come up with Kenyan's urban hyped dope music (Gengetone/Gengeton). Their songs include  "Rieng" "Chuma Ilale ndani" "Madam" "Nirombosee" "Mboko Haram" and many more.... In May 2019, they released "Rieng Remix" ft Vdj Jones, Rankaddah and Kristoff, In October 2019, they released "Thao" featuring Ethic Entertainment & many more being released in 2020....

The Boondocks Gang are a three man gengeton group comprised of Exray, Maddox and Odi Wa Murang’a. They are at the forefront of the gengetone movement sweeping across the planet. In December 2018 they released the song “Reing” and this track began a wave of hits that would be produced by the group in the following months like Madam, Mboko Haram, Ital, and Modo Man. The three members of the Boondocks Gang met in 2015. They met in Githurai, neighborhood of Nairobi while attending a drama class at Christ The King. The original group formed was a gospel hiphop group. They released a few hip hop songs in the early days to little success. This style of music is famous for it the usual subjects drugs and sex. From the horrific poverty of Nairobi’s slums, gengeton has emerged as Kenya’s only original musical style that is competitive on the world stage. As their fame began to rise in 2019 they began doing collaborations with some of the best known artists in East Africa, including Sauti Sol, Khaligraph Jones, Ethic Entertainment, Sailors and other international musicians. The highly sought after bands maintains a heavy tour and performance schedule in East Africa with ambitions on bringing their intoxicating performances to the planet. Also in 2019 they came to the attention Black Market Records an American based recording company and were signed by the legendary label.