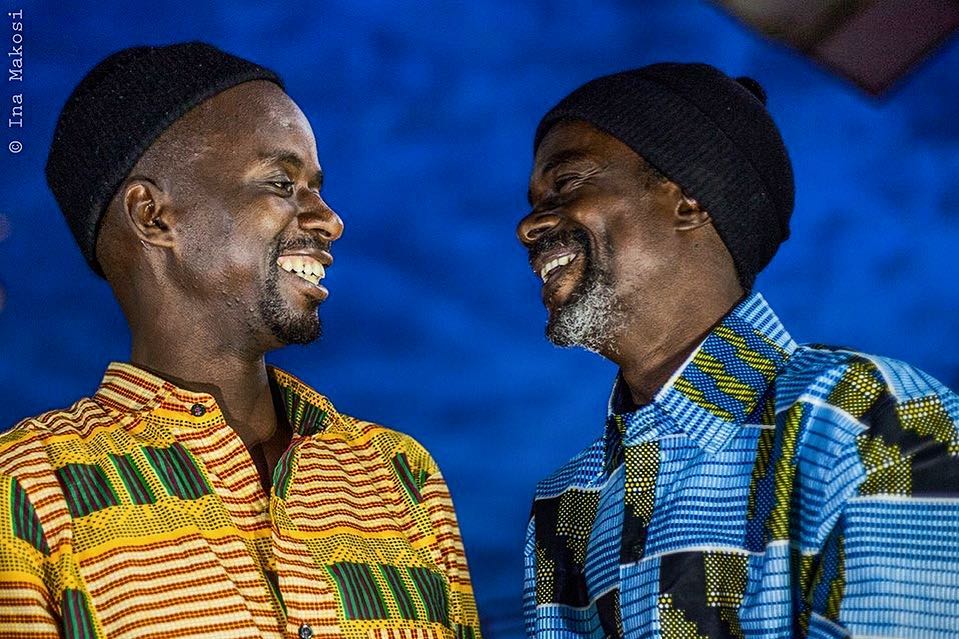 description 1 Lyrics
Hip Hop
Mal Malade, whose real name is Malal Almamy Talla, was born in St. Louis on June 19, 1974. The artist has been rapping since the 90s, with his first group, African Black Roots.

Niagass, whose real name is Papa Demba Aw, was born on June 15, 1972, also in St Louis. He is the founder of the Blood Brothers of Saint-Louis, a band with which he shot in France in 1997

Crazy Sick and Niagass have been accomplices for 15 years, friendly and then musically. To the point of being taken for each other. Their voices, their flow, their gestures are alike. Twin brothers they are, in their soul, their physics, their passion for their country and their youth. Together, they have the joy and energy of living, which are the essence of their lyrics and their music.
FOU MALADE_NIAGASS Profile & Lyrics. FOU MALADE_NIAGASS has a total of 1 Song Lyrics and Featurings on Afrika Lyrics. Country : Senegal. Genre : Hip Hop, . Follow FOU MALADE_NIAGASS on the social networks Facebook, Twitter, Instagram and Youtube by clicking on the icons below.