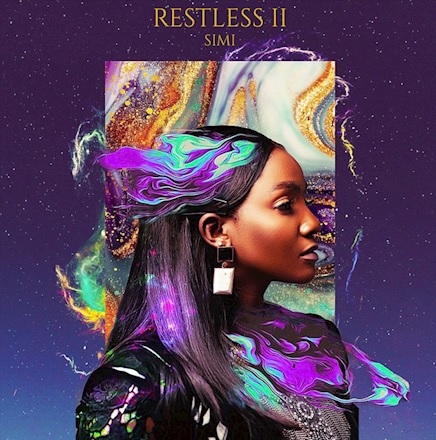 "Restless II" is an EP by the Nigerian Singer and songwriter  Simisola Ogunleye, popularly known as SIMI. The EP was released on October 2 2020. The EP Restless II  is named after the EP “Restless, Chemistry and Simisola” released in 2014 by SIMI.

SIMI's latest project Restless II, is 6-track EP, which include the songs “Triggered”, “City Lights”, “Undeserving”, “Bites the dust”,  as well as the single “No longer Beneficial” released on September 18  and whose official video was released on October 2, 2020. The EP includes features with the Nigerian musicians Wurld and Adekunle Gold (AG Baby) her husband.
The EP Restless 2 by Simi comes a year after the release of her third album “Omo Charlie Champagne”.