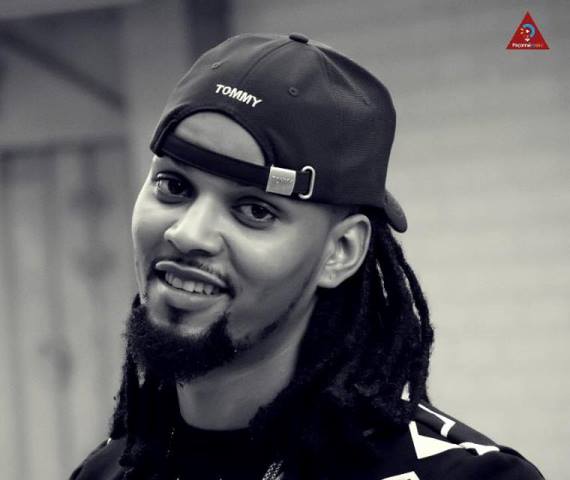 Zaga Bambo, the ‘winner rebel’ Zaga was born and raised in Togo, West Africa of Algerian and Togolese heritage. His father enrolled him in Koranic school at the age of 7, where he was quickly recognized fo

Zaga was born and raised in Togo, West Africa of Algerian and Togolese heritage. His father enrolled him in Koranic school at the age of 7, where he was quickly recognized for his singing ability. Without realizing it, Zaga was training his voice for a future career in music. At age 12 Zaga became the muezzin for his local mosque, singing the daily call to prayer, Adhan, every day, 5 times a day for 5 years. At age 17 he started listening to American hip-hop and R&B and realized he could use his talent to reach new audiences, going beyond the confines of his religious schooling and upbringing. Around this time, he visited a local church and was exposed to musical instruments for the first time. Without any formal music training, Zaga forged ahead, teaching himself basic guitar and piano chords. Zaga’s first flirtations with Afro Pop were love songs, reflecting his youthful adolescence, notably Moussenavivi. With his overnight recognition and fame in Francophone West Africa under the artistic name Demon Lassi, Zaga’s lyrics soon evolved into themes of social justice, weaving his ‘winner rebel’ messages into Afro pop hits. For this, he faced censorship in his home country Togo – radio and television stopped playing his music circa 2011-12. Around this time, he spent several months in West Africa’s music capital, Abidjan, Cote d’Ivoire (Ivory Coast) working with renowned musical arranger Bebi Philip, and collaborating with Ivoirian artists before permanently relocating to France at the end of 2012.
Pause
While in France Zaga stopped music for a while, focusing on his personal and family life. In 2016, Zaga re-emerged, drawn back into the studio by his passion for music, and recorded 9 new singles with his friend and professional arranger, Paris-based AnnaBeat. Building on his diverse world music style, Zaga began embracing Latin influences and his new music is an African-Latin fusion, Afro Dance Hall.
Return to Roots & Thespotlight

In 2017, Zaga returned to West Africa, picking up where he left off in Abidjan 5 years earlier. Fans eagerly awaited his re-emergence, and sure enough, his first single in Africa since 2012, Mettez le Piment, went viral on the continent. This song marked a departure from the social justice themes that gave him a reputation as controversial. Piment is catchy and danceable and pokes fun at the struggle of Africans in Europe struggling to find spicy hot pepper in the midst of bland condiments. On the heels of Piment, Zaga’s new single Tassaba debuted on YouTube on October 13, and he plans to release Ma Cherie Coco before the end of the year. Zaga works with BBP Team Records, and is a core artist on the One Shot collaboration.

Time for a comeback
Zaga Bambo is re-building and re-branding – staging a comeback with a complete KO of new music. Still seen as a bit of a rebel, Zaga is also known and admired by other artists for his catchy melodies. An instinctive collaborator, it’s not unheard of for him to walk into the BBP Team Records studio, and start free styling with whoever happens to be in there, and end up with a really good new sound. Zaga’s messages belong on the global stage, not only because of his diverse background, but because he pushes Africans to claim their place on the world's cultural stage. With a string of hit singles and performances under his belt in 2017 - Zaga is poised for a bigger stage in 2018