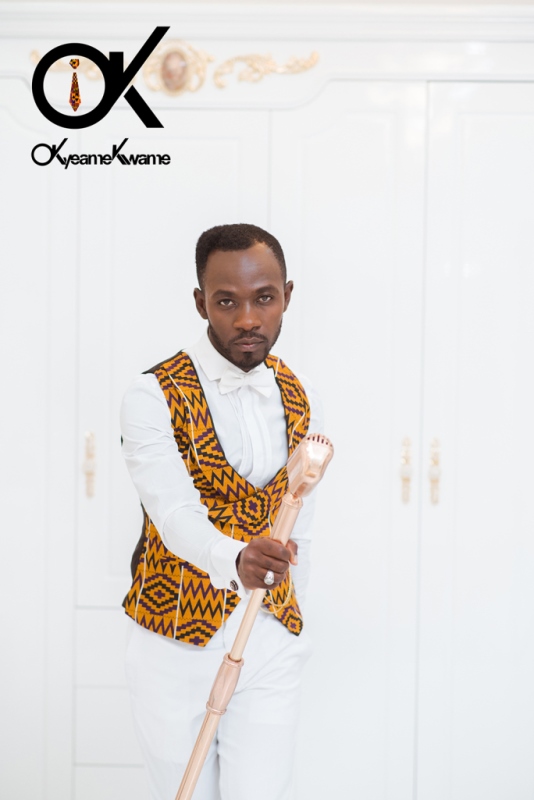 Okyeame Kwame whose real names are Kwame Nsiah Apau is an artist from Ghana;  Master Lyricist and Universal Linguist, Creative Director and Owner of One Mic Entertainment, He was born in Nsuta, Ashanti Region of

Okyeame Kwame whose real names are Kwame Nsiah Apau is an artist from Ghana;  Master Lyricist and Universal Linguist, Creative Director and Owner of One Mic Entertainment,

He was born in Nsuta, Ashanti Region of Ghana. He is the third of six siblings. His two younger brothers, Kwaku Nsiah Boamah nicknamed “Stone” and Kwaku Nsiah Amankwah nicknamed “Kunta Kinte”, also perform nowadays as the hiplife duo “Bradez”. His parents expected him to become a physician, yet he gained interest in rap music from a very young age, having written his own songs and performed in local shows ever since he attended the Anglican Senior High School in Kumasi. He later attended Kwame Nkrumah University, where he studied music and specialized in classical guitar, later graduated as a linguist. From 2015, Okyeame Kwame is studying for a master’s degree in Marketing Strategy at the University of Ghana Business School.
Musical career

In 1997 he achieved notoriety as a member of the “Akyeame” hiplife duo, together with fellow Ghanaian Daniel Kofi Amoateng (under the stage name Okyeame Kofi). They recorded together the albums “Nyansapo” (“Witty Knot”, 1997), “Nkonsonkonson” (“Shackles”, 1998), “Ntoaso” (“Continuity”, 2000) and “Apam Foforo” (“New Testament”, 2002). He performed solo under his own record label One Mic Entertainment, in Accra since they parted in 2004. He also featured renowned Ghanaian highlife and hiplife artists as Daddy Lumba, Kojo Antwi and Ofori Amponsah.

Okyeame Kwame raps and sings mostly in Twi dialect of the Akan language of Ghana. His stage name Okyeame chosen to reflect his lyrical fluidity means “linguist (of the royal court)” in his native Akan.

Kwame released his first solo album “Boshe Ba” (Promised Child) in 2004, just after the breakup of the Akyeame band. He followed in 2008 with “Manwesem” (My Poetry) and in 2011 with “The Clinic”, launched at the Aphrodisiac Night Club in Accra. In 2012 he launched “The Versatile Show” (“Konfanko”).

Kwame is married since 2009 to Annica Nsiah-Apau and they have two children together, Bota and Sante Antwiwaa.