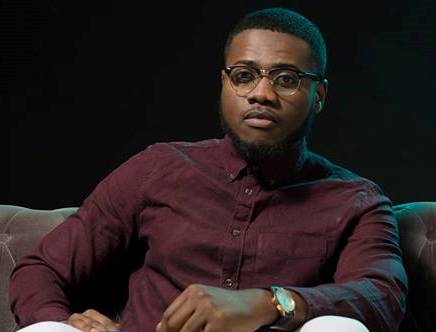 Informations personnelles Biography in English: Markis is a musician, an artist, a producer and a composer, well-known for his musical wonders and a lover of music since his childhood. Born in the Democr

Markis is a musician, an artist, a producer and a composer, well-known for his musical wonders and a lover of music since his childhood.

Born in the Democratic Republic of Congo, Mardochée Diatazi begins his musical career at the age of 3, when he joins the choir of his former assembly. His desire to enter the music world was influenced by a group called "The Princes of the Peace", which is a group of Christian singers. He considered the members of the group as big brothers, his "uncles". Those who saw him grow up, and who also rocked his childhood with their music.

Growing up, he developed an interest for musical instruments, particularly drums. Between 9-10 years old, by not being able to enroll for a training to become a drummer, he started his first music training to learn how to play the piano. However, the debuts of his apprenticeship were not obvious because it did not interest him. He only wanted to follow the trend and his companions. Nevertheless, after some time, he fell in love with it, up to the point where he began to reproduce melodies of all which he heard. After long periods of practices and perseverance, he reached a very good level on the piano, which created very great opportunities for him, as to play for choirs and artists.

He arrived in France, on May 03rd, 2006, with his brother and with his 2 sisters, where he continues since then to express his passion for music at his new Church "Parole du Salut" (Word of Salvation). By obvious facts, his talent has progressively been working in his favor by multiplying opportunities for him. The more the years moved forward, the more he mastered his art.

It is in 2008, that he begins his career as beat-maker, by meeting a very talented young producer, Nelson Kimbassa, also known as Lunatix. However, before dashing into the composition of his own productions, he took pleasure by making cover versions. Not long after, with a friend of his, Quentin, known as Freeze P., they create "Yezzir Productions". Quentin is someone whom Markis considers a lot and with whom he has worked and progressed so much.
In the musical production environment, Markis had several influences which contributed to his progress and improvement in terms of quality and relevance, in particular the renowned American producer, Ryan Leslie. He is one of the producers he admired particularly for his way of working, his methodology, his enthusiasm, his musicality, and especially for the fact that he is not only producer but a complete artist at the same time. Consequently, he knew that to reach his level, it was necessary for him to double in efforts, to set the bar high and to work relentlessly.

During his development, to surpass himself, he considered the feedbacks on his compositions, which he published on a website. His determination made him progress furthermore and it was soon pointed out. As years moved forward, Markis gained in knowledge and in experience in musical production and in the realization of projects. His development becomes even more relevant through several collaborations with diverse artists and singers, but especially with the Record label "Celest Recordz", where he is currently the producer and an artist.

It is also necessary to point out another very important aspect that Markis worked on in depth, in parallel of the artistic and human aspect: the spiritual aspect. Indeed, before being a musician, a producer and an artist, he is first and foremost a Christian, someone who has a real relationship with Jesus Christ. Markis proves that it is possible to combine music and Faith. For him, music is his way to express that he belongs to God. He has a strong conviction that God has charged him with a mission, which is to share the values of the Kingdom on Earth, all this by the means of music, a music which is authentic, accessible and which ressembles him.
MARKIS Profile & Lyrics. MARKIS has a total of 13 Song Lyrics and Featurings on Afrika Lyrics. Country : CONGO (DRC). Genre : Hip Hop, Gospel, . Follow MARKIS on the social networks Facebook, Twitter, Instagram and Youtube by clicking on the icons below.