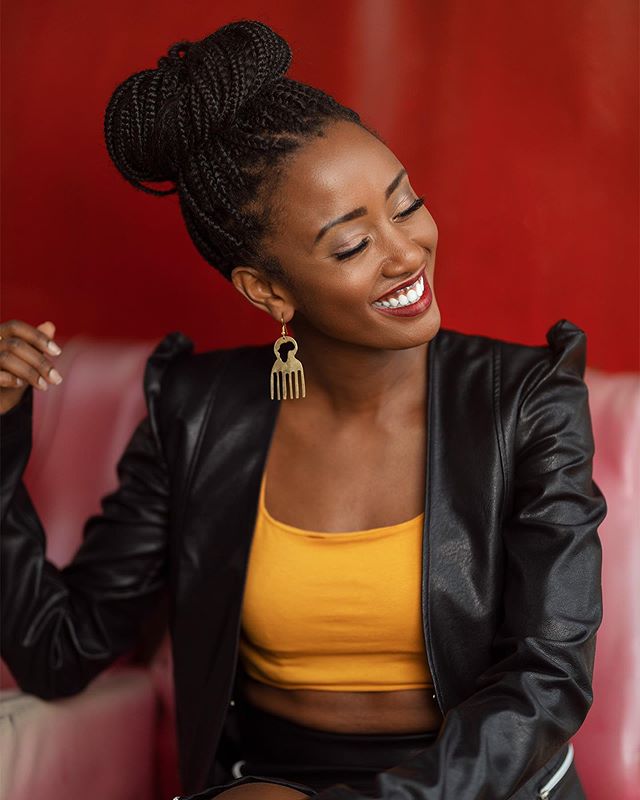 Grace Wacuka is an artist and actor from Kenya based in Atlanta, Georgia in United States. After spending years dedicated to expanding her education in the Nairobi district of Kenya and growing up emulating her idols fro

Grace Wacuka is an artist and actor from Kenya based in Atlanta, Georgia in United States. After spending years dedicated to expanding her education in the Nairobi district of Kenya and growing up emulating her idols from afar, Grace Wacuka seized the opportunity to follow her dreams of a career in the entertainment industry by moving all the way across the globe to the United States. Obtaining her Bachelor’s Degree in Theatre-Acting at Smith College in Massachusetts where she also studied at the London Academy of Music and Dramatic arts, and settling into the mecca of music and acting in New York where she’s proudly based out of today – Wacuka has stepped into the spotlight with an empowered mindset, the desire to communicate & express herself, and the skills to make it all happen. After studying film acting at NYU- Stonestreet in 2018, Wacuka produced her first short film called Say Anything.

The following year she starred in the lead-role of the movie A New Christmas – now in 2020, Wacuka is set to make her most massive moves to-date as an artist and break into the scene in the ‘I am Wacuka Story Project’- a series of stunning new songs & videos representative of her multi-dimensional talent.

Designed for all to enjoy – Wacuka puts her heart & soul into every moment of the music she makes so that people all over the world can discover the radiant melodies & colorfully memorable hooks that her own unique hybrid, cultural-crossover style creates, & take them on a journey they’ve yet to experience.