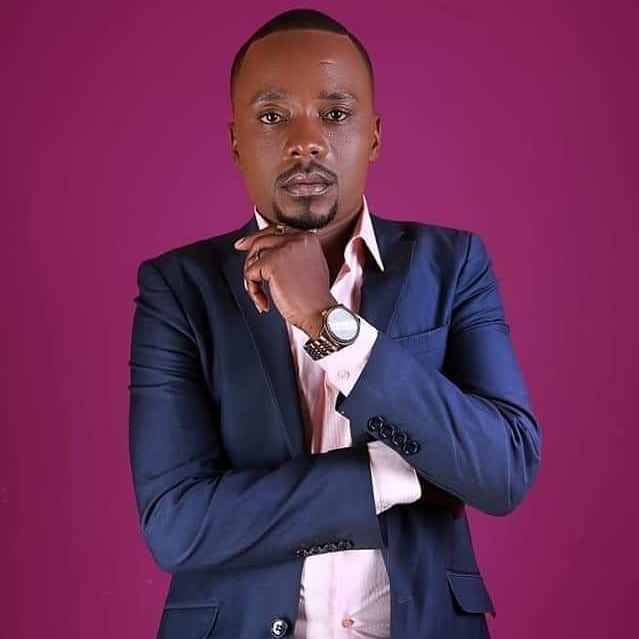 Emma Jalamo is an artist from Kenya. He is a social entrepreneur, father, husband, brother. Band leader of Ramogi Ohangla Rhumba Band.

Austine Odhiambo, popularly known as Emma Jalamo is a Kenyan Ohangla fusion star based in Nairobi. He hails from Ugunja, Siaya County.

Emma has weathered many storms to make it to where he is today. From menial jobs in his rural village of Sigomre to being a watchman in Ngara area, Jalamo has seen it all.

Born in 1980 in Mathare slums, it looked almost pre-determined that he had to work extra hard to make it in life.

Jalamo joined school at the age of 12 and never completed his primary education. In an interview with the Nation newspaper and Lolwe Tv, the second-born in a family of six disclosed that life was hard and they had to seek menial jobs to make ends meet. By then, going to school was too much of a luxury to be afforded.

After a brief stint as a mitumba hawker in his local Ugunja market, he returned to Nairobi in 2000 where he joined his elder brother in Kayole.

A year later, he moved to Kibera to live with a friend after his brother was arrested.

In Kibera, as a member of Nehema Church where he became a choir team leader, he discovered his singing talent. But he had no idea that music would be his gateway to a better life.

When he produced his first music album, a gospel composition containing six songs, he continued to do menial jobs to earn a living. His stage name back then was Emmanuel. It is from this name that he came up with Emma, which is its short form, while Jalamo means prayerful in Dholuo.

It was the brief encounter with musician Seth Oloo in 2008 that properly ushered him into the world of music. Seth invited him to help for a night playing the piano and later paid him Ksh600 ($6) and his eyes opened and saw a career in music. At this stage, Jalamo was switching from gospel to secular music.

Oloo was the leader of the traditional dance group and was looking to replace his keyboard player who had left. Desperate for a job, Jalamo grabbed the opportunity. While working with Seth, Jalamo managed to buy his own keyboard which he could give out for hire at a fee.

When Oloo left in 2009, the group of seven who remained continue for some time before the band eventually broke up in 2010.

Emma then joined Kenyan musician Lady Maureen with whom they performed for more than six months as a curtain raiser. While working with Maureen, Jalamo could sing a mixture of copyright songs when on stage. With his soothing voice, he won the hearts of many fans who in return encouraged him to compose his own songs.

Jalamo first met Maureen at a wedding in Umoja, Nairobi where he went to perform together with his Church members. He was the keyboard player and because of his good work, Maureen noticed him and sent one of her team members to get his phone number.

Jalamo worked with Maureen until he produced his first album First Lady. Due to this achievement, Lady Maureen advised him to form his band. Emma went ahead and looked for a team that could assist him deliver live performances whenever he got a show. Through pushing himself and approaching various clubs, he succeeded in sealing a deal with a club in Nairobi's Central Business District (CBD) where he could perform from Tuesday to Friday and sometimes all the way to Sunday. From this, Jalamo was able to make some money that could help him pay his band group as well as finance some of his projects.

But it was not until he released his third album, Simba Ja Uriri in August 2012 that he was catapulted to fame. Songs like Ma ee ndalo, Jaraha and Gololi in the album became his fan’s favourites immediately.

Much of Emma's success is attributed to the unique genre of his composition. Jalamo’s songs combine Benga, Ohangla and Rhumba into a new whole blend that attracts all fans of the three categories. And it is because of this reason that he named his band Ramogi Ohangla Rhumba (R.O.R).

From love songs to more educative ones, Emma’s songs border on social commentary and social education. Jalamo’s songs and moralism have an earthly feel, which the blue-collar fan base can identify with. His songs can be listened to by both the young and the old. The piercing whistle delivered in sync with the tune and, surprisingly, on key, has become his signature.

Most of Jalamo's songs are slower, more contemplative and danceable. And the keyboard rendition is inventive, melodious and on-beat, something that has always set him apart from other purveyors of the genre.

As someone who started his music as a choir team leader in Legio Maria, a religious organisation, this influence is evident in Jalamo's songs, which incorporates a lot of chanting and indentations of voice, otherwise known as dengo in Dholuo, which is normally deployed in dirges.

It is the unique elements of his sound, inventiveness, humour, discipline and overall professionalism that have set Emma apart from other exponents of the ohangla genre. He is also an accomplished song writer, seen in the smooth flow of Luo rhyme, idiom and metaphor in his music. In the process, he has cultivated near-cult following, mostly among the normally fickle, urban youth.

His music also stands out because he has traversed across ethnic and social classes in Kenya.

Jalamo is married to Amilo nyar Nyakach. They have three children; Mary, Oscar and Ramsey. When he is off his busy music schedule, Emma is attending to his family and businesses. He runs a foundation and a recording studio under the label Lelo Production. He uses his foundation to support and empower the society through donations and engaging in educational and sports activities.

He has headlined mega concerts such as Luo Festival, Pacho Festival, Ramogi Night, People of The Nile Festival among others.

Emma's popular taglines are "Tich Matek Emakelo Mwandu" meaning wealth is created through hard work and "Enkamano" which translate to the way it is.