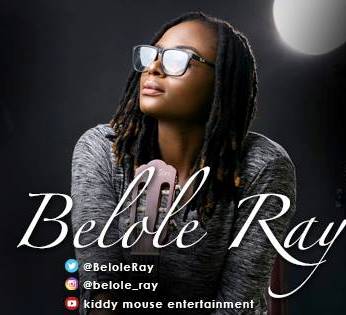 Belole Ray, born Barbara Belole Achingale on 22 October 1990 in Buea, is a singer, song writer, guitarist and recording artiste from Cameroon. Born and raised in the South West Region of Cameroon, she is the fifth chi

Born and raised in the South West Region of Cameroon, she is the fifth child in a family of six children. After her high school Education, she studied Theology at the John Paul II institute of Theology and Philosophy in Buea

Ray took after her father, Henry A. Achingale, a well-known song writer and chorister who has composed many thrilling songs for the Catholic and Baptist Churches in Cameroon.