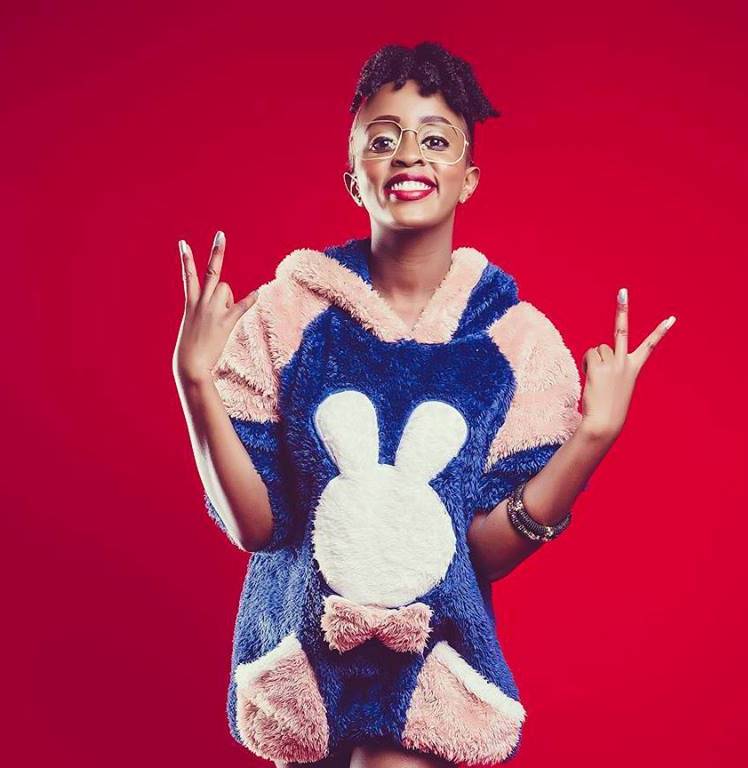 Nadia Mukami Mwendo is a Kenyan vocalist, singer, songwriter, singer & performer. Born in Pumwani hospital, the singer is the 4th born in a family of five. She attended Kari Primary School along Mombasa-Nairobi highw

Nadia Mukami Mwendo is a Kenyan vocalist, singer, songwriter, singer & performer. Born in Pumwani hospital, the singer is the 4th born in a family of five. She attended Kari Primary School along Mombasa-Nairobi highway where she sat for her KCPE exams in the year 2009 then later got admitted to Mount Laverna School in Kasarani, Nairobi where she attained a B+ (mean grade) which secured her an admission to Maseno University to pursue a degree in BBA Finance option.

Nadia Mukami started her music career at the age of 17 drawing inspirations from her father who used to have taarab music collections and also collections from songstress Ray C.
The first time she recorded was after a colleague of hers, whom she used to work with at a certain supermarket heard her sing and encouraged her to hit the studio of which she did and it was then that she recorded Narudi, a song which talks about a ’prodigal lover’. Later on she joined campus, Maseno University where she put a pause on music. She joined Equator FM, a campus radio where she used to host a Saturday show dubbed ‘Saturday Hip-hop Count’. Later that year she embarked on music and in the year 2015 she recorded Barua Ya Siri, a song that was well received for the poetry involved in the writing. The song earned her good reception in the campus dominated crowd.
She then went ahead to record yet another single tittled Kesi, a song produced by Cedo, the song got her some good airplay in the local stations and also performances on platforms such as Blaze By Safaricom (Kisumu), The Nile Festival & The Luo Festival alongside Kenya’s biggest stars.
Her light began to shine when she started attending The Kenya National Theatre’s Poetry After Lunch (PAL) event which happens every Thursday with which she made her first appearance on KTN’s Kipawa Show in which she contested alongside other singers and she emerged the winner. She was also a Jenga Talanta finalist an initiative founded by the Hon. Racheal Shebesh. Her recognition spread further when she appeared on NTV’s Churchill Show alongside Suzanne Owiyo she performed her song, Si Rahisi which talks about the struggles of up & coming artistes.

In 2017 she met David Guoro, an entrepreneur and talent agent in Nairobi, Kenya who was impressed by her talent, determination and hard work that he opted to sign her up to his record label, Hailemind Entertainment. Nadia Mukami has since released her fourth studio single titled Si Rahisi under the new label & management. The song is already getting everyone talking, mentioning & comparing her with some of the best in the region.