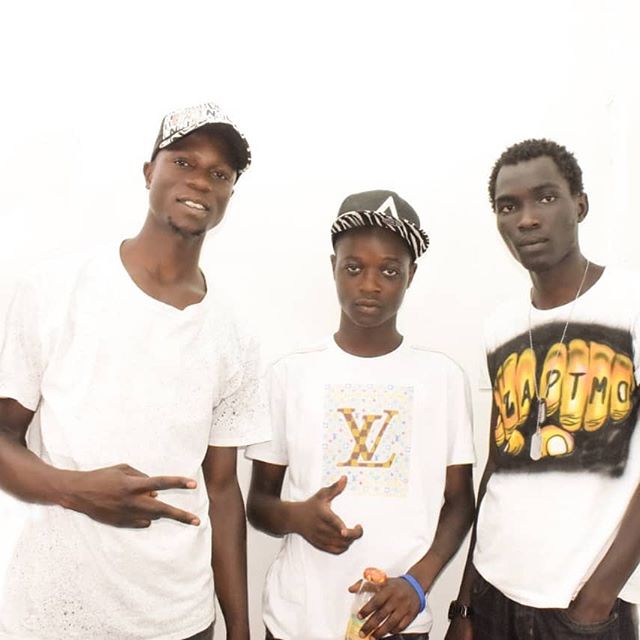 Mbogi genje is a popular Kenyan trio hip hop group composed of Anthony Odhiambo aka Smady tings , Teddy Ochieng aka Guzman and Malak Ayuen aka Militan,who have taken the country's hiphop /genge scene by storm. Founded early 2019 with roots from umoja, the group is led by Smady Tings as he is popularly known and managed by Joseph Mokua Matino aka Slambo and Joseph Sifuna Cheptai . The trio are entrepreneurs who sell their own branded outfits. With their unique style of hardcore slang (Sheng) and street rap where they fuse real life issue; what affects the youth and what they go through to survive has made them fun favorites as audiences easily identified with the message mbogi genje potray in their songs. Mbogi Genje hits include Kidungi, Kamkoba, Kuja Mbaya and Wamocho with recent collaboration with established Kenyan artists that include x ray from Boondocks Gang, Mejja, Richy Haniel among others