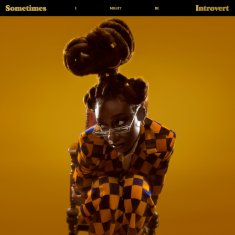 Fulfil your wildest desires
Now I don't wanna be the one to doctor this
But if you can't feel pain, then you can't feel the opposite
The fight between the Yin and Yang's a fight you'll never win
I study humans, that makes me an anthropologist
I'm not into politics
But I know it's dark times
Parts of the world still living in Apartheid
But if I don't take this winner's flight, that's career suicide
Though I should've been a friend when your grandma died
I see the illness eat my aunt laying in her bed
I see her soul rising as her body gets closer to death

Find a way, I'll find a way
The world's not over
I will make it, don't you cry
In God we trust
'Cause we're not alone

I need a licence to feel
Internal wounds and I'm not tryna be healed
I sabotage what we are trying to build
'Cause of feelings I keep inside, but it's time to reveal (Reveal, reveal)
I hate the thought of just being a burden
I hate that these conversations are surfaced
Simz the artist or Simbi the person?
To you I'm smiling, but really I'm hurting
I dedicate my life and gave my heart over twenty something years
Left wondering how I even feel
Or was it was even worth it?

I bottle up and then spill it in verses
One day I'm wordless, next day I'm a wordsmith
Close to success, but to happiness I'm the furthest
At night I wonder if my tears will dry on their own
Hoping I will fulfil Amy's purpose
Angel said, "Don't let you ego be a disturbance"
Inner demon said, "Mother fucker, you earned this"
Like they strip you of everything you're deserving

Realise there is a prison in us, we are conditioned as fuck
Man, it's like they can't sleep till our spirit is crushed
How much fighting must we do? We've been fearless enough
All we see is broken homes here and poverty
Corrupt government officials, lies and atrocities
How they talking on what's threatening the economy
Knocking down communities to re-up on properties
I'm directly effected, it does more than just bother me
Look beyond the surface, don't just see what you wanna see?
My speech ain't involuntary
Project with intention straight from my lungs
I'm a black woman and I'm a proud one
We walk in blind faith not knowing the outcome
But as long as we're unified, then we've already won

Find a way, I'll find a way
The worlds not over
I will make it, don't you cry
In God we trust
'Cause we're not alone

Alone, but not lonely
Your truth unveils with time
As you embark on a journey
Of what it takes to be a woman

More lyrics from Sometimes I Might Be Introvert album