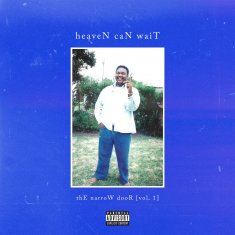 thE confrontatioN Lyrics by A- REECE


It is what it is, it was what it was
Yeah, hey! Confrontation is confirmation
I can't make a decision just based on observation
'Cause when your energy is off, I need a conversation
But you're too comfortable with strangers for validation
Yeah, I think I'm losing patience
You niggas get too comfortable
But no more Mr Nice Guy, that shit is sufferable
I choose violence so fuck being vulnerable
'Cause when I chose silence
Man, that shit made me uncomfortable
And if I'm being honest, dawg
That shit is not recoverable
Don't go hating yourself trying to be loveable
Don't go catching on feelings acting untouchable
Don't ignore your gut feeling always being gullible
'Cause lately to me, it seems loyalty is adjustable, nigga
Yeah, but we move, right?
Sad generation, all them Twitter likes don't mean you're right
Being alive sucks to you, come close to losing life
So choose life

'Cause if it doesn't hurt then it isn't love
That shit comes with the pain, nigga package deal
Gotta keep it moving though, baby
Otherwise, you never heal
One thing consistent is the common will
Yeah, that's just me, that's just how I feel
I never fake a smile just to uh...
No more complaints about the industry from me
Fuck telling folk hard work, nigga just pay the fee
You gotta kiss the right asses
Don't be like me, get your fake smile game up, nigga
You wanna eat

'Cause every time you check the lineup, it's on repeat
You gotta sacrifice to ask who just to get a seat
Motherfuckers don't understand, man this shit gets deep
That's why niggas get coked up and they can't sleep
Imagine starring at the mirror and you can't see you
Just the brand that you build up to try feed you
And the brands are watching, nigga

So can't speak truth
No fumbling the bag so you can't be you
Be all the reason why niggas wanna be like you
They figured doing it like you is guaranteed Ws
Then it's you vs self like a [?] flick
And then you realise that all that shit don't mean shit

Yeah, confrontation is confirmation
I'm not surprised that ended with no communication
I'm just confused that you made it about remuneration
Then took it personal just to protect your reputation
Yeah, it's all assimilation
This whole time I avoided making a speculation
This whole time I've been waiting to have a conversation
But you would rather pay lawyers to make a mediation
Yeah, tribulations and trials

Suddenly you demanding exaggerated amounts
Got me thinking I should've left solo back in the South
You niggas never deserved to step foot in my mama house
Yeah, can't believe they switched the narrative around
Everybody said I'm the reason the crew was falling out
When I'm the reason certain niggas can put an album out
And I'm the reason why everybody's familiar with it now, yeah
And everybody would vouch

I did it even though the industry wouldn't allow
I guess I'll only get my flowers when I'm buried in the ground
Unfortunately, it's too late to reconcile
Whatever is in the past I'm living it all behind
I took a wrong turn 'cause I wasn't reading the signs
Took me four years to figure all of it out

It was only holding me back, trying to hold you niggas down
I said what I said, regretted over the years, it is what it is
One bucket and two tears, I did what I did
That's the reason I'm still here
But like Jimmy Hoffa, they want me to disappear
These young niggas treated my verses like souvenirs
You downplaying my story just because they told you this
All I wanted was to make that list
Until I realised that all that shit don't mean shit, nigga