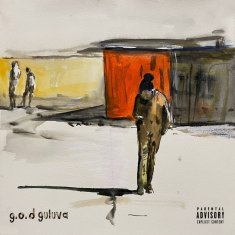 Snakes in the Crib Lyrics

Snakes in the Crib Lyrics by KWESTA


Hah, snakes in the crib
Yeah motherfuckers came for the king
Prayin' that I cave in and shit
Y'all basically aiming machines from the graves they be hah!
Almost fatally hit, but, fede the hits kept coming

And I kept trying
Got chains and whips while I died for this shit
Don't dare me live, tshek saan-i
But praise be to him
With a mic and a will I made it in this
Fuck plagiarism, y'all lazy as shit
See that gem in I? I am major in this, yeah

And you should major in this
I'll be here just grading your scripts
And it pays me to give Fs to who your favourite is
In fact, dudes ain't ain't shit but names on the list
Just bait for the fish

Fabrics, who's label is this?
Not enabling this, fabrication of hits
Everybody RapLyf til it ain't what they spit, yeah
Guess it ain't what it is
It's all talk, man, it ain't what they live
So explain to me this:
Where the fuck is the money
'cause everybody claims to be paid in this bitch?

Yeah, try me and lose
After this then it's bye to a few
I'm aligned I got loose, they just lyin' to the youth
But it's cool because I'll leave 'em lying in the truth, yeah
Boy it's time to improve, top five yok'nuka
La asidlali mfana kuthi
Spend hours in the booth
Found a fountain of cool

Got me lookin' at these rappers like 'Ah, they cute!"
I said the sky is the limit,-- lama gimmicks
All the pride and the image
And tie ins to a lineage
That'll die from these lyrics
Cause y'all in the building when I cut the ribbon, yeah
Then I played you in a role
And cut heads, blood stains on the throne
Still sat there and owned it

If you came for it holmes, then it's shots to that --
We ain't aim to your dome, but I opted to shine
And drop jewels, y'all shopped for designs
I'm Optimus Prime, transformed all the lost
And the blind by crossing the t's and dotting the i's
Yeah often the wise get tossed in a box to the side
All because the bosses decided to put 'em all in asylums
Get y'all to make songs about copping these diamonds, ayy

Shine the light to ekasi
What a sight to your eyes
They like "Fuck your advice"
I'm like "Sharp, that's right"
See, I could fight your fight, but you just like Khai
You gotta find your life, hi and bye

About Snakes in the Crib

Fire in the Ghetto (feat. Troublle)
Who I Am