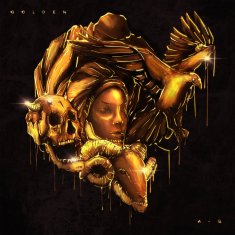 Who gave us the current structure the world is running on
We must evolve, we need to make a change something wrong
Theres so much going on to be making those corny songs
We fight for equality but it's the classes that kill us more

Rich, Middle class, poor, time to take the mask off
Born into poverty that's something you did not ask for
Education is expensive the price for that right Job
Then you get sick and die for health care you can't afford
Money is white Jesus, the Government is your black god
Value added taxes why they taxing what you buy for
The system isn't helping the system is made to kill you
Systematically to reduce population and they still do

Where I'm from a deadly disease is a death sentence
To about 85percent of its people left defenseless
If they have the cure, why won't they give it to you and
You can call the doctors but who they going to bill it to
Watching a man dying and doing nothing isn't a crime
What a design, Rest in Peace
See a man dying on the streets, nobody calling no police
Some of us trying, some of us Go funding online
Some of us tweet, some of us have food cannot eat

Some of us can eat have no food
Numbers like 822 million, none of them lazy youths
Who’s gonna cater for these dude
And who's gonna take these kids to school
Some of us break laws to survive and say the system made 'em do it
Some of us pray God save us too

“All spins outward, the center cannot hold
The decay and desolation, these are dangerous times
Because politics all around us it seems to me is failing”

How can we say we one when we from different countries?
Separated by borders United by poor policies
United by money, different faces on our currencies
Making nuclear weapons for destruction on authority
You tell me your life matter, I tell you we are at war with peace
Your race, your culture, the outcome of inequality

They blindsided the communist, they bought the working Populace
They own the ground you walking on, they controlling the economy
The one percent, live in opulence while we all pretend
Motivational speeches they tell us we should not relent
Pray to God and hope on science, they making things you can't afford
A capitalist haven they sell you what you should not buy at all

The programmer or farmer, Doctors save lives
But we need food to survive, still politicians got the power
Who should be paid more if they put in the same hours?
Ask God the Father and put more women in power
The concept of money is flawed and banking is over flogged
They take our paper cash, give us back digital fraud

Too many are unemployed, the future of Labour is void
And robots taking our jobs, the cops are killing our boys
Patriarchy given a voice they leave the women no choice
The climate is being destroyed, the environment is poison
Diseases killing the people, pharmaceuticals overjoyed
The whole system's a failure, I pray you give it your voice