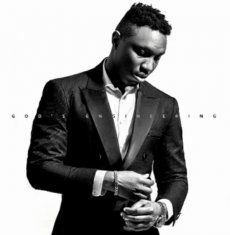 It's Complicated Lyrics by A-Q


Pull up to the place, dress code is anything goes
Cos when you got money, you don’t have to worry about clothes
Chilling with my bros and they know it’s money on code
It’s like cocaine everything happens under my nose
It’s complicated, we compensated
Relationship status its complicated
Sit that watch, its complicated
It’s looking like God himself made it
(It’s complicated)
Its complicated, often faded
Not drug related, bad chick looking intoxicated
(It’s complicated)
Incorporated their companies, consolidated as one for me
What you want from me
If its confrontation then come for me
This is intellectual property
And that’s intellectual robbery
Trynna cheat me off my royalties
Flooded with deadlines, enemies that want to put me to sleep
But it’s not my bed time
Paranoia, shooting everything in sight like
Iran with an Ukrainian airline, I don’t see red signs
(It’s complicated)

It’s complicated, words that fall from my mouth
Got a king size bed, but I sleep on the couch
Got a couple books that I keep and I read in the house
(My boys be like)
What you reading about
My IQ is like my ceilings is out
Why argue I just leave you in doubt
(It’s complicated)

It’s an odd future, often jaded so I fornicated
But I’m consecrated that’s Hallelujah
Complicated cos my girls a shooter
But I am who I choose to be
Never used my school degree, four years of no use to me
I took business class on an airplane
Graduated on first class, certificate on my passport
BSc. in hustle-nomics I told the pilot no crash course
No airpods we on speaker phone
Two smartphones with broken screens
And I hate phone calls, I hope they don’t ring
Don’t talk to me, we are not bros homeboy, we are not related
Got a hold on the rap game, everything you do
I orchestrated, my medication
Its meditations, feels like a doctor gave it

Don’t talk to me, don’t tell me I ain’t help you grow
You was on drug when everything in your life froze
Moving like a bitch, gossiping right in front of my bros
It’s funny how I took this game right under your nose
Whats new with the mews and paper
I work for my fruits of labor
Y’all some new commentators talking that shit like
Dudes underrate us, who’s on my radar
Don’t talk to me, I’m not with the Marlian behaviour
Y’all got some wrong motivators

Olumba nice one on the beat tho
I swear its really funny
I can’t hold your hand man
(You got to do it yourself)
All my peeps in ‘lere, I see you
Once you get it, I got you
But you got to get it first my bro