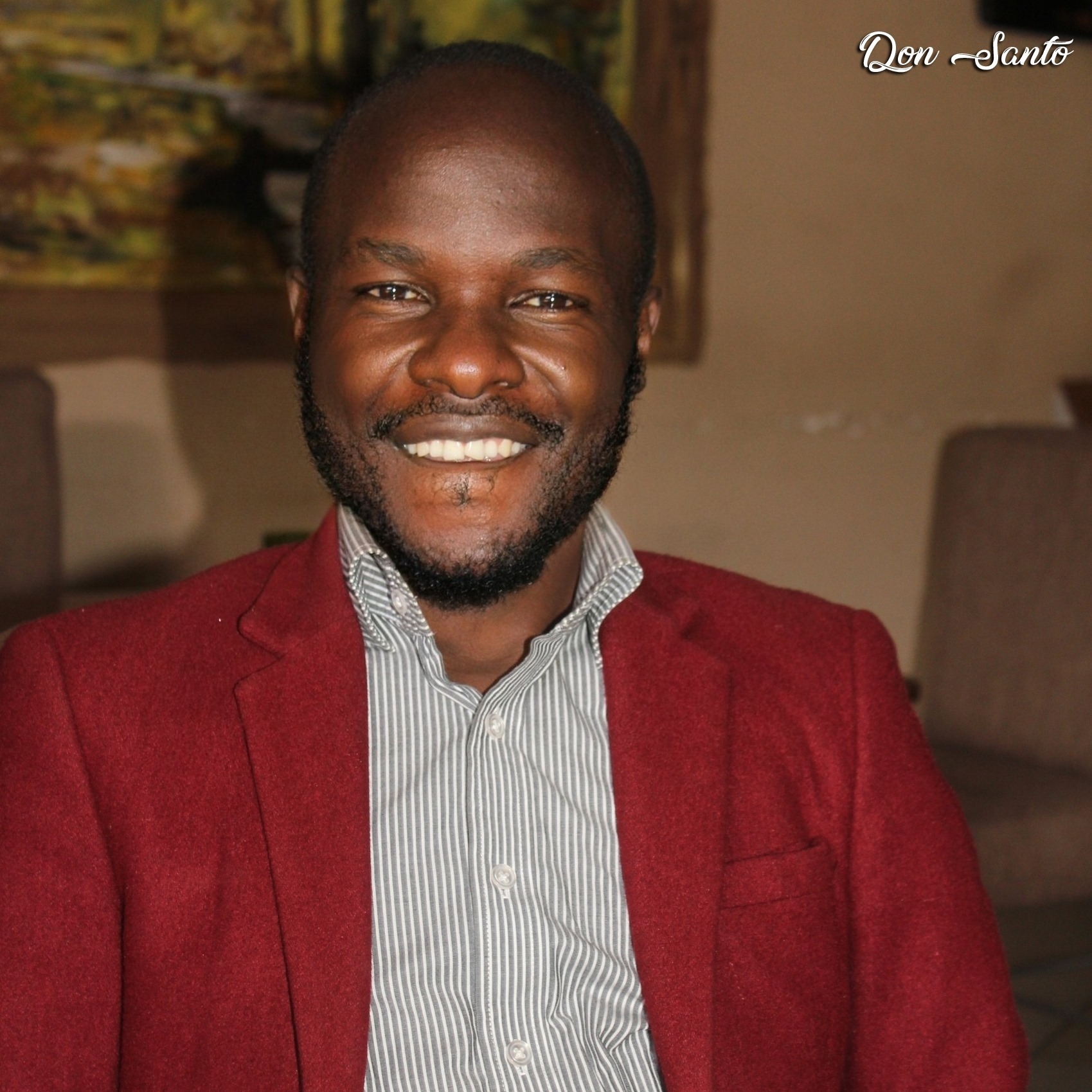 description 15 Lyrics
Reggae Gospel Afropop Bongo Flava afrobeat
Don Chrisantos Michael Wanzala (born April 13), popularly known as Don Santo (stylized as DON SANTO) the Badman Killa, is a Kenyan singer, rapper, songwriter, author, content producer, and, entrepreneur. Santo is a Nairobi based consultant on Leadership and Business in the Digital Era. Also known as The Badman Killa is also the leader of the Klassik Nation, chairman, and president of Global Media Group.
Considered one of the greatest entertainers of all time, he is regarded as one of the world's most significant cultural icons and has been a global figure in popular culture for over a decade.
​Born and raised in Busia, DON SANTO started singing at an age of 4 in church and family functions. He first began his musical career in 2010 doing his first single "She'z On Fire" with Grandpa Records and subsequently released his debut studio album Alpha in 2012. The album was released to widespread critical success and solidified his standing in the music industry. He has gone onto release three additional albums, which have all attained generally positive critical reception and universal commercial success, with Milele (2014) and Am BLACK Album (2019) albums later being heralded as modern musical classics. Both Alpha and Am BLACK had a collaborative single with Jilly Baby (She’z On Fire 2012 and Juju 2017), Feel Jah Osman (Please Forgive Me 2013) and Kingpheezle (AYI 2018).
​Outside of his musical career, the Badman Killa has also attained significant success and media attention for his career as a businessman. In 2010 he founded Global Media Ltd, and in 2013, together with a group of professionals, founded The Klassik Nation whose objectives are:
- To identify and nurture talent(s) amongst the people
- To empower the youths by promoting self-sustenance through arts and innovation.
- To promote teamwork and co-existence in the universe through arts and culture.
DON SANTO is among the most critically acclaimed musicians and one of the best-selling Kenyan music artists of all time. In 2015 he has won a total of 3 East Africa Music Awards, the most by a musician.
DON SANTO Profile & Lyrics. DON SANTO has a total of 15 Song Lyrics and Featurings on Afrika Lyrics. Country : Kenya. Genre : Reggae, Gospel, Afropop, Bongo Flava, afrobeat, . Follow DON SANTO on the social networks Facebook, Twitter, Instagram and Youtube by clicking on the icons below.