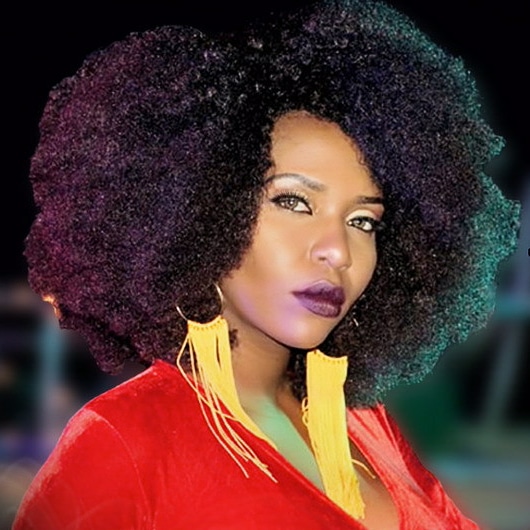 DELA is a musician, singer and songwriter from Kenya. Her genre of music Afro - Soul, that she fuses with funk, techno andeven reggae, saw her single -the first fusion of its kind - “ULIVYO’ - go mainstrea

DELA is a musician, singer and songwriter from Kenya.

Her genre of music Afro - Soul, that she fuses with funk, techno andeven reggae, saw her single -the first fusion of its kind - “ULIVYO’ - go mainstream with record popular hits on local radio and TV, thus pioneering soulful music on mainstream media in Kenya. Her single continues to receive rotation on Pan African TV - MTV and Channel O.

Like many a musician, Dela begun singing at the age of 7 in choirs and eventually backing vocals and it was only until 2008 that she begun singing professionally.At only 19, her debut on the big stage was her collaboration with Kenya’s most famous boy band Sauti Sol, that saw her song MAMA PAPA make a record number one hit for 18 weeks on Kenya’s most popular reggae radio station Metro FM.

The success of her single led her to be signed by record label PENYA and in under a year, Label Producer Wawero 'Wawesh' Kiboy had produced another hit Record titled PAUKWA.

Dela, who is an activist by nature, chose to sing about the situation in Africa openly criticizing politicians and their greed, the need for young people to be employed and the need to stand up and speak out against poverty. Her strong lyrics and freedom songs drew attention from the UN habitat who approached her to work with UN habitat Messengers of Truth. This recently saw her tour and play in Istanbul at the Youth Congress with Young people from all over the world represented.
She has also toured Europe extensively under her Label with sold out concerts in London, Amsterdam, Stockholm and other cities in 2009.

Her live performances have been called breathtaking.. entertaining and inspirational.When asked on her philosophy on life, 21 year old Dela says one thing:
There is a War in my heart, (one of her more popular songs) she desires for change!